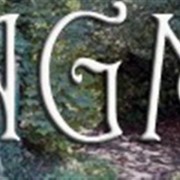 What a difference a year makes when you have an enthusiastic team of volunteers working in a woodland. Members of the public using the woodland frequently remark on the improvements and the fact that the area now feels safer and more welcoming.

The wildflower meadow blossomed over the summer, producing a wide range of wild flowers, which in turn encouraged many species of butterfly to visit. The meadow was mown at the end of the season and the cuttings spread in various areas of the Woodland.

Members of the public were invited to join us for the Butterfly Day in August, when we participated in the Big Butterfly count.

This was followed in August by a Bat Walk and Moth Evening, which were very well attended. Both events organised by Sue Smith.

Sponsored bird and bat boxes were installed in the woodland and monitored throughout the season. There was little take up by the birds but hopefully this year will be better now that they have had more time to choose their nesting sites.

Some trees, which were deemed to be unsafe or unhealthy, have been removed together with some of the fast growing saplings.   This allows more light into the lower levels, encouraging a greater diversity of wildlife. Dave Welch Is using some of the larger pieces of wood to construct rustic seating and log piles are created to provide shelter for wildlife. The loan of a chipper from Brandon Hire was greatly appreciated. The resultant wood chippings were used to improve the pathways. We were given 30 small native trees by the Woodland Trust and these have been planted by various members of the community. A further package of hedging plants has been applied for.

Thanks to a generous donation from the Montefiore Arms we were able to purchase and plant up a clearing with native bluebells.

The Group’s efforts were acknowledged by Kent Wildlife Trust with a Bronze award from their ‘ Wild About Gardens Scheme’.

Councillors Fenner and Poole assisted in applying for Village Green status from KCC, which will protect the land from development by builders.

Several members of the Friends’ group have been involved in designing an interpretation board which is currently being made and which will be installed just inside the woodland. The cost of the board has been funded by Thanet District Council and Kent International Airport Consultative Committee.

The Woodland is being used on a regular basis by the Forest School from Whitecliffs Nursery allowing the children to engage in a range of activities fostering a greater knowledge and appreciation of wildlife.

The committee continues to meet on a regular basis in the Montefiore Medical Centre and additional work schedule planning meetings are held from time to time.

We are greatly encouraged by the number of volunteers who regularly attend the work parties and appreciate the improvements they have made to the woodland. We are also grateful to supporters who have made donations to the Friends of Montefiore Woodland. Particular mention must be made of the very generous donation from the Montefiore Action Project when that organisation was wound up and the balance of their funds transferred to the Friends of Montefiore Woodland group.

People using the woodland frequently remark on the improvements and the fact that the area now feels safer and more welcoming.

A big thank you also goes to our supporters who regularly monitor and record the wildlife – birds, plants, butterflies, trees and bats.

All in all a very successful year for the Woodland project.